Tomorrow will mark 30 days since I returned from the OYAN conference, and a post is long overdue.  This year was amazing. Late night talks, talks in hallways (that was one of the best nights) an amazing critique group, haunted golf cart rides (these cannot be explained) and green light sabers lighting up the night. This year’s theme was Writers of the Lost Art, and I want to share a couple of things that stuck with me.

Writing is a dying art.

Anyone can publish anything on Amazon and it doesn’t have to be good writing. Books flood the market, books that are poorly written. I recently bought a copy of Cinders by Finley Aaron. Don’t buy it. Save yourself from the horror that is that book. Besides needing a good editor, the writing was repetitive, and there were several things that were historically inaccurate.

Mr. S said that, “excellence trumps trendiness.” The best thing you can do is write a good book. It takes time–most writers break in in their late forties.

Art without meaning is empty, so persevere and write, write, write. Don’t write something and throw it out to the world. Make sure it has meaning. John Otte said last year that you should write one million words before considering publication. One. Million. I know my writing has improved over the past two years, but it’s still not good enough for publication.

Mr. S said that writing is a gift from God to you, and it will help you see God differently.

Nadine Brandes’ talk on YA

YA is popular. Half the books on my shelf are YA –  The Lunar Chronicles, Harry Potter, the list goes on. Just coming off my teen years, I could relate to so much of what Nadine spoke on.

Teens feel caught between two worlds ( I still think I’m there actually), the world of childhood and the world of adulthood, and YA is the bridge between the two. Teens are getting their guidance from the YA books they read, guidance they are not getting from home, school, and church.

Since teens look for answers in YA, we can give it to them. We can show them hope, redemption, and the power of Christ without being preachy. YA is a mission field, and we can be a safe place to provide truth as they escape the world to get lost in a book.

“Cover your writing in prayer. If you aren’t willing to put Christ first in your writing, don’t write in his name. He has to be first.” Nadine Brandes. 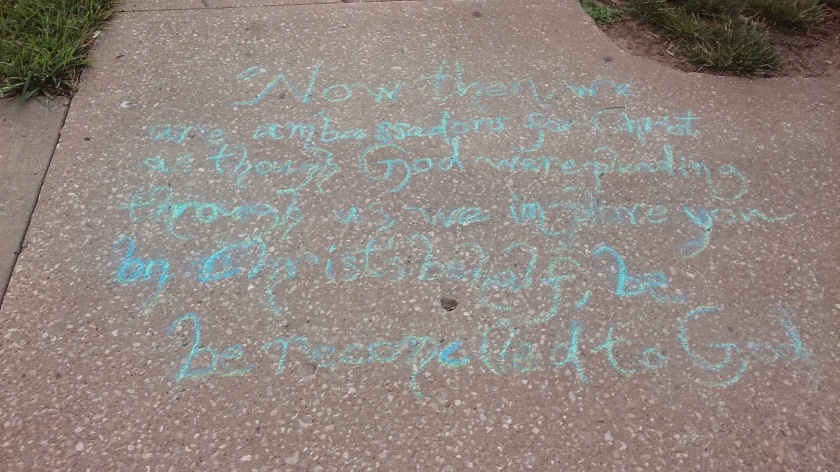 Lastly, the incredible Steve Laube. He is amazing. I had a mentor session with him, and I was so scared. I though he seemed unapproachable. But really? He was easy to talk to, and he had great insight on my story. Still not brave enough to ask for a picture but anyway.

Steve Laube said that excellence takes time. God wants us to wait in anticipation, like nature before sunrise, for what He has in store. And it will be beautiful.

Lamentations 3:25-26 The LORD is good to those whose hope is in him, to the one who seeks him; it is good to wait quietly for the salvation of the LORD.

With one of my best friends, Adrienne as Maleficent and me as a Ravenclaw student.

2 thoughts on “What I Learned at the OYAN Conference.”